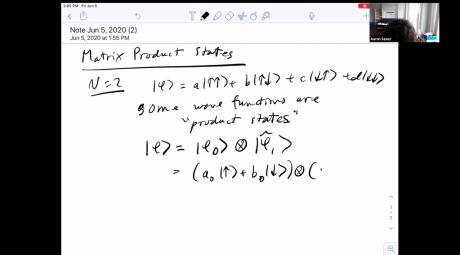 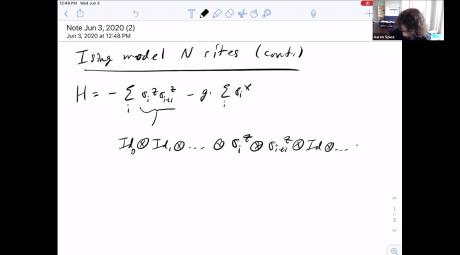 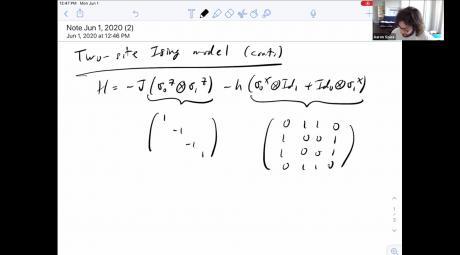 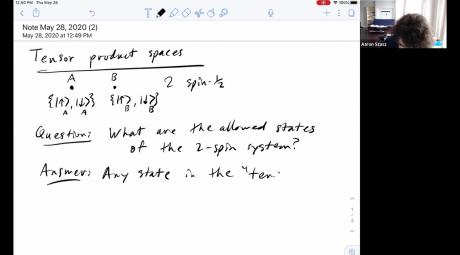 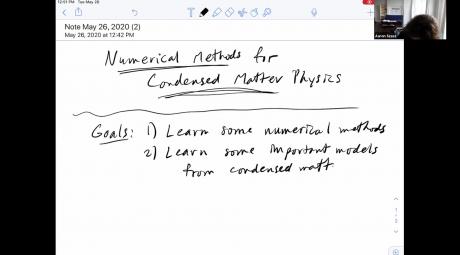 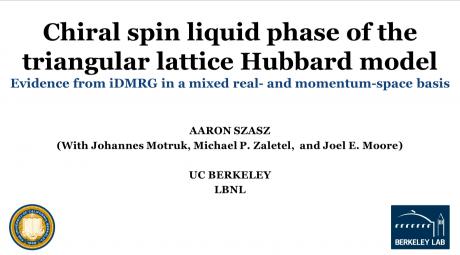 Chiral spin liquid phase of the triangular lattice Hubbard model: evidence from iDMRG in a mixed real- and momentum-space basis

Experiments on organic crystals whose structure is well-described by the two-dimensional triangular lattice have found a lack of magnetic ordering down to the lowest accessible temperatures, indicative of a quantum spin liquid phase; however, the precise nature of this phase remains an open question.  In this talk, I present strong evidence that the triangular lattice Hubbard model at half filling, a physically motivated model of these organic crystals, realizes a chiral spin liquid phase.  In particular, I show that the model has a nonmagnetic insulating phase between a metallic phase for