Artur Konrad Ekert is the Leigh Trapnell Professor of Quantum Physics at the Department of Applied Mathematics and Theoretical Physics (DAMTP), University of Cambridge, and a Professorial Fellow of King's College, Cambridge. He is also a Distinguished Professor at the National University of Singapore. Ekert is one of the pioneers of quantum cryptography. In his doctoral thesis (Oxford, 1991) he showed how quantum entanglement and non-locality can be used to distribute cryptographic keys with perfect security. It continues to attract significant attention from industry and government agencies. For his discovery of quantum cryptography he was awarded the 1995 Maxwell Medal and Prize by the Institute of Physics. He is also a co-recipient of the 2004 European Union Descartes Prize. Artur Ekert has worked with and advised several companies and government agencies and has made a number of contributions to quantum information science. Since 1992 he has been in charge of the Quantum Computation and Cryptography Research group which has evolved into the Centre for Quantum Computation, now based at DAMTP in Cambridge. 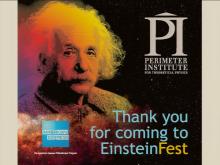 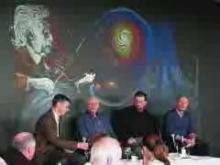 Following In The Footsteps: Searching For The Next Miracle