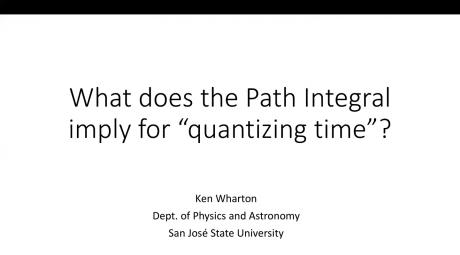 What does the Path Integral imply for Quantizing Time?

Kenneth Wharton
June 18, 2021
"Even though path-integral formulations of quantum theory are thought to be equivalent to state-based approaches, path-integrals are rarely used to motivate answers to foundational questions. This talk will summarize a number of implications concerning time and time-symmetry which result from the path-integral viewpoint. Such a perspective sheds serious doubt on dynamical collapse theories, and also pushes against efforts to extend configuration space to include multiple time dimensions. 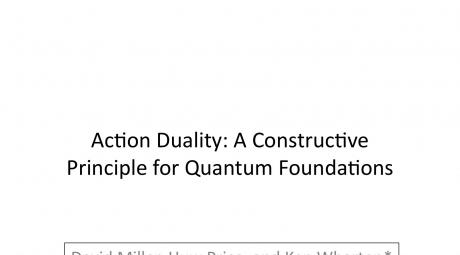 Kenneth Wharton
December 02, 2010
Ken Wharton An analysis of the path-integral approach to quantum theory motivates the hypothesis that two experiments with the same classical action should have dual ontological descriptions. If correct, this hypothesis would not only constrain realistic interpretations of quantum theory, but would also act as a constructive principle, allowing any realistic model of one experiment to generate a corresponding model for its action-dual. Two pairs of action-dual experiments will be presented, including one experiment that violates the Bell inequality and yet is action-dual to a single particle. 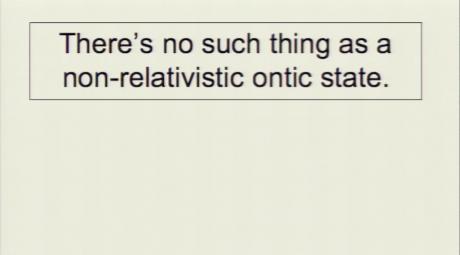 Kenneth Wharton
October 01, 2009
Abstract: Efforts to extrapolate non-relativistic (NR) quantum mechanics to a covariant framework encounter well-known problems, implying that an alternate view of quantum states might be more compatible with relativity. This talk will reverse the usual extrapolation, and examine the NR limit of a real, classical scalar field. A complex scalar \psi that obeys the Schrodinger equation naturally falls out of the analysis. One can also replace the usual operator-based measurement theory with classical measurement theory on the scalar field, and examine the NR limit of this as well. 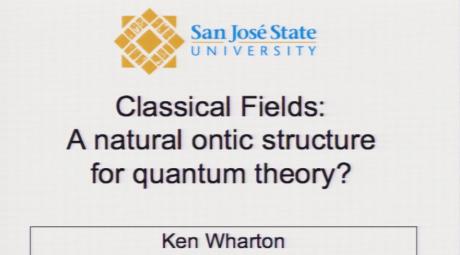 Classical fields as the natural ontic structure for quantum theory

Kenneth Wharton
June 16, 2009
Although most realistic approaches to quantum theory are based on classical particles, QFT reveals that classical fields are a much closer analog. And unlike quantum fields, classical fields can be extrapolated to curved spacetime without conceptual difficulty. These facts make it tempting to reconsider whether quantum theory might be reformulated on an underlying classical field structure. This seminar aims to demonstrate that by changing only how boundary conditions (BCs) are imposed on ordinary classical field equations, a psi-epistemic quantum theory naturally emerges.