I was raised in Ontario and earned my B.Sc. (Joint Honours Physics/Math) at the University of Waterloo. I then earned a Ph.D at Toronto and did a post doctoral/surfing stint at University of California San Diego before joining PI as a postdoc. 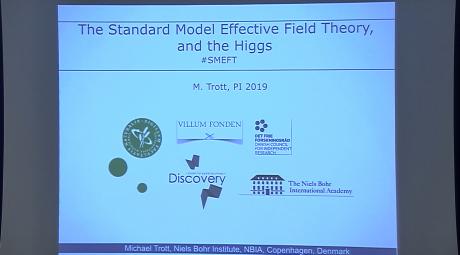 The Standard Model Effective Field Theory, and the Higgs

The discovery of a Higgs like boson at LHC in 2012 was a development of fundamental importance in particle physics. 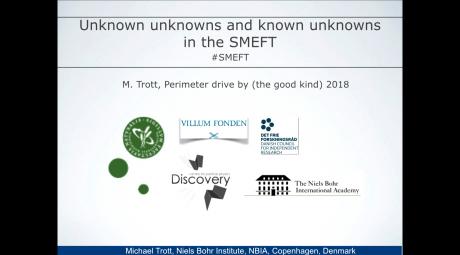 In recent years the Standard Model Effective Field Theory (SMEFT) has emerged as a well defined and systematically improvable theory to study the constraints on physics beyond the Standard Model. This formalism explains old mysteries in interpreting LEP data and offers a field theory framework to combine such data with LHC measurements of the properties of the Higgs. We discuss the current status of these combined studies. 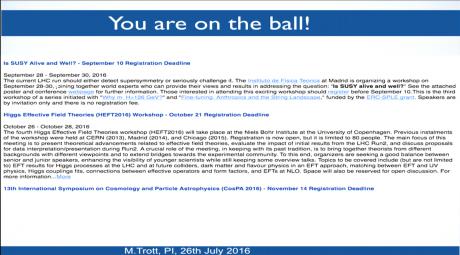 Recent developments in the SMEFT

With the discovery of a Higgs like boson at LHC in 2012, and the lack of any statistically significant evidence of physics beyond the Standard Model so far, 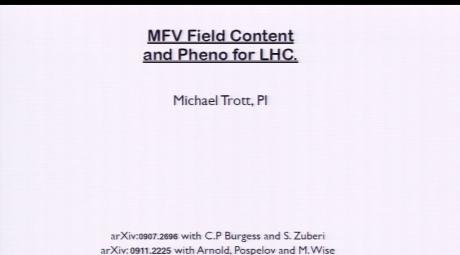 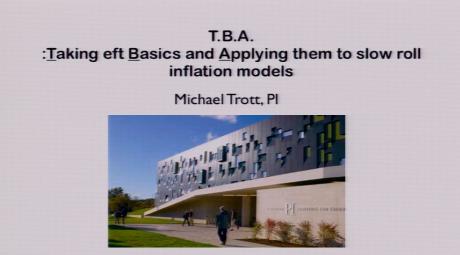 Michael Trott Niels Bohr Institute
May 21, 2009
We use the power-counting formalism of effective field&nbsp; theory to study the size of loop corrections in theories of slow-roll inflation, with the aim of more precisely identifying the limits of validity of the usual classical inflationary treatments. Although most slow-roll models lie within the semiclassical domain, we find the consistency of the Higgs-Inflaton scenario to be more delicate due to the proximity between the Hubble scale during inflation and the upper bound allowed by unitarity on the new-physics scale. 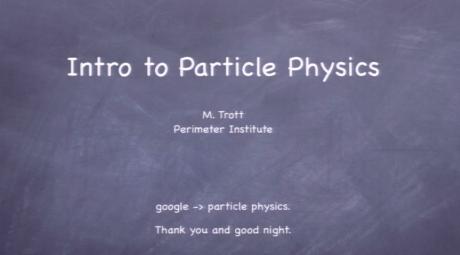 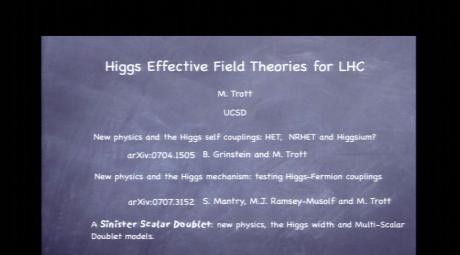 Michael Trott Niels Bohr Institute
December 04, 2007
We demonstrate a number of effective field theory constructions developed to capture the effects of new physics on the Higgs sector of the standard model. We demonstrate that as the self couplings of the Higgs could be significantly effected by new physics, novel phenomenology such as a two Higgs bound state (Higgsium) may be possible. We also demonstrate that the effects of new physics on the Higgs fermion couplings, and thus the Higgs width, could be significant. We show that it is possible this could happen while the new physics cannot be directly detected at LHC.