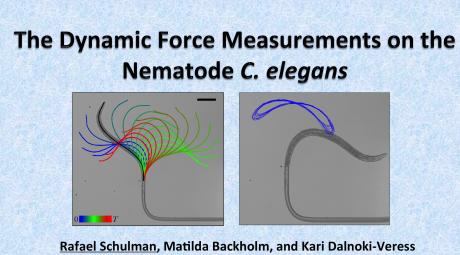 Rafael Shulman McMaster University
December 05, 2013
C. elegans is a millimeter-sized nematode which has served as a model organism in biology for several decades primarily due to its simple anatomy. Using an undulatory form of locomotion this worm is capable of propelling itself through various media. Due to the small length scales involved swimming in this regime is qualitatively different from macroscopic locomotion because the swimmers can be considered to have no inertia. In order to understand the microswimming that this worm exhibits it is crucial to determine the viscous forces experienced during its motion.