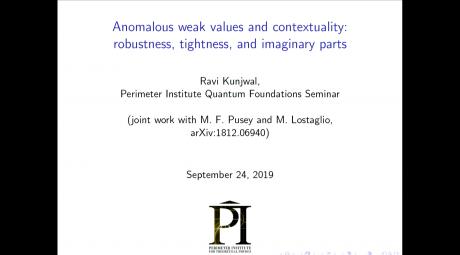 Weak values are quantities accessed through quantum experiments involving weak measurements and post-selection. It has been shown that ‘anomalous’ weak values (those lying beyond the eigenvalue range of the corresponding operator) defy classical explanation in the sense of requiring contextuality [M. F. Pusey, Phys. Rev. Lett. 113, 200401, arXiv:1409.1535]. We elaborate on and extend that result in several directions. Firstly, the original theorem requires certain perfect correlations that can never be realised in any actual experiment. 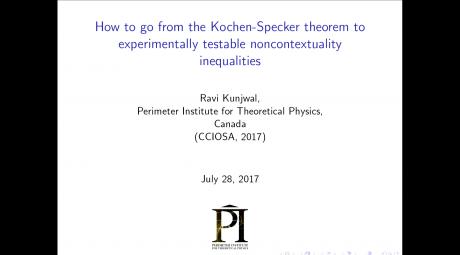 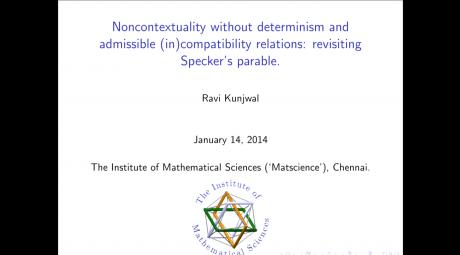 Ravi Kunjwal Université Libre de Bruxelles (ULB)
January 14, 2014
The purpose of this talk is twofold: First, following Spekkens, to motivate noncontextuality as a natural principle one might expect to hold in nature and introduce operational noncontextuality inequalities motivated by a contextuality scenario first considered by Ernst Specker. These inequalities do not rely on the assumption of outcome-determinism which is implicit in the usual Kochen-Specker (KS) inequalities. We argue that they are the appropriate generalization of KS inequalities, serving as a test for the possibility of noncontextual explanations of experimental data.