University of Illinois at Urbana-Champaign (UIUC) 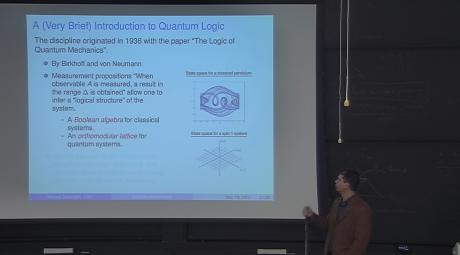 Richard deJonghe University of Illinois at Urbana-Champaign (UIUC)
December 10, 2013
It is not unnatural to expect that difficulties lying at the foundations of quantum mechanics can only be resolved by literally going back and rethinking the quantum theory from first principles (namely, the principles of logic). In this talk, I will present a first-order quantum logic which generalizes the propositional quatum logic originated by Birkhoff and von Neumann as well as the standard classical predicate logic used in the development of virtually all of modern mathematics.