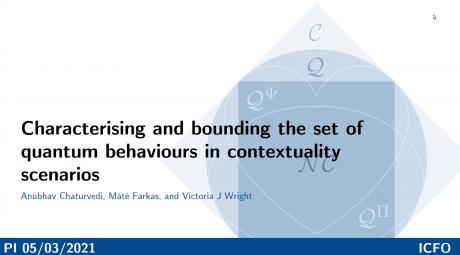 Characterising and bounding the set of quantum behaviours in contextuality scenarios

The predictions of quantum theory resist generalised noncontextual explanations. In addition to the foundational relevance of this fact, the particular extent to which quantum theory violates noncontextuality limits available quantum advantage in communication and information processing. In the first part of this work, we formally define contextuality scenarios via prepare-and-measure experiments, along with the polytope of general contextual behaviours containing the set of quantum contextual behaviours. 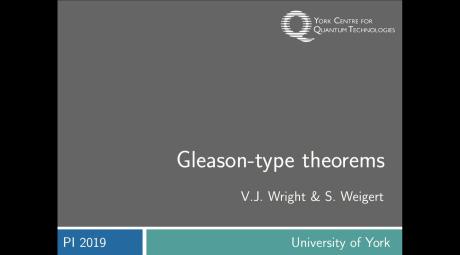 Victoria Wright University of York
May 14, 2019

We derive Born’s rule and the density-operator formalism for quantum systems with Hilbert spaces of finite dimension. Our extension of Gleason’s theorem only relies upon the consistent assignment of probabilities to the outcomes of projective measurements and their classical mixtures. This assumption is significantly weaker than those required for existing Gleason-type theorems valid in dimension two.