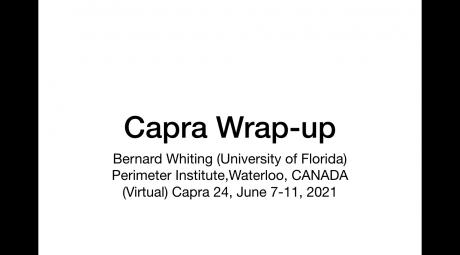 Capra Wrap-up, and the road ahead

Bernard Whiting University of Florida
June 11, 2021
In the last quarter century, Capra has grown from a mere handful of people to a fully international meeting, which now represents a large diversity of interests. In that time, much progress has been made: many aspects of the first order problem are now in hand, and a multitude of techniques has been formulated for eventually use in full EMRI waveform generation. Yet, much needs to be done, most notably at second order. In Capra meetings of the past, we have often recognized the need to reach out to the younger generation. I think efforts in that direction have clearly been effective. 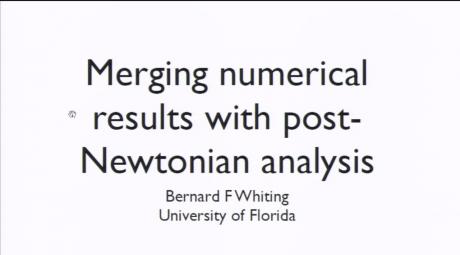