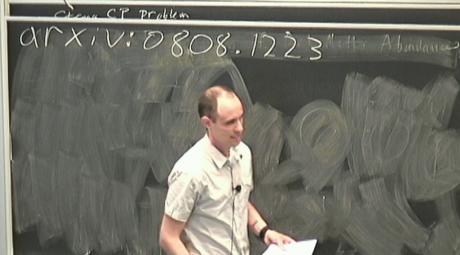 A simple theorem of Dirac identifies primary first-class constraints as generators of transformations, \'that do not affect the physical state\'. This result has profound implications for the definition of physical states and observables in the quantization of constrained systems, and leads to one aspect of the infamous \'problem of time\' in quantum gravity. As I will discuss, a close look at the theorem reveals that it depends crucially on the assumption of an absolute time. 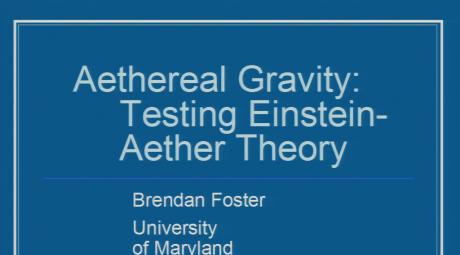 Brendan Foster Utrecht University
December 06, 2006
Hints from quantum gravity suggest that a preferred frame may actually exist. One way to accommodate such a frame in general relativity without sacrificing diffeomorphism invariance is to couple the metric to a dynamical, time like, unit-norm vector field--the "aether". I will discuss properties and observational tests of a class of such theories, including post-Newtonian effects and radiation from binary pulsar systems. 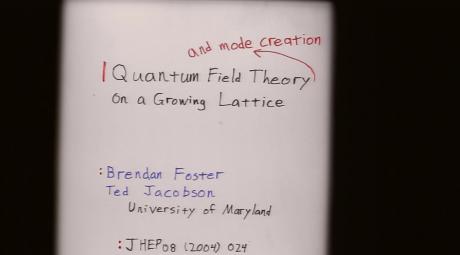 Do background independent approaches to quantum gravity have something to say about this question?

Brendan Foster Utrecht University
September 05, 2006
The question of how to describe a natural ultraviolet cutoff in an expanding space-time is of significance in several respects. First, it concerns the fate of general covariance in the presence of a natural UV cutoff. Second, it concerns the continued generating of degrees of freedom through expansion, which carries with it the possibility of an associated generating of vacuum energy. Finally, through inflation, a natural ultraviolet cutoff may have left observable imprints in the CMB.