Etera is a permanent researcher (Directeur de Recherche CNRS) at the Laboratoire de Physique of the Ecole Normale Supérieure de Lyon in France (http://www.ens-lyon.fr/PHYSIQUE), since 2005. He completed his PhD in 2003 on the spin foam path integral formalism for quantum gravity under the supervision of Carlo Rovelli  at the Centre de Physique Théorique in Marseille, France. He was later awarded the Bronze Medal of the CNRS in 2008 for his research work on quantum gravity, and more precisely on the loop quantum gravity approach. For instance, he introduced with Carlo Rovelli and collaborators the EPRL spinfoam model defining the transition amplitudes for quantum states of geometry in loop quantum gravity. He now goes on working on quantum gravity, mostly from a mathematical physics perspective, and its interfaces with quantum information, statistical physics and non-commutative geometry. 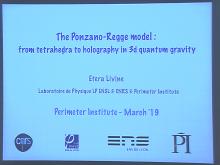 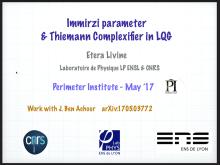 How fundamental is the Immirzi parameter in Loop Quantum Gravity? 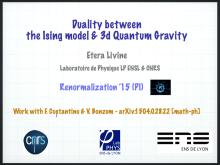 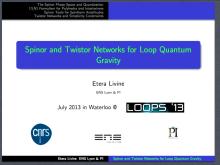 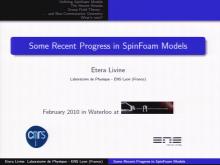 A review of Spinfoams and Group Field Theory 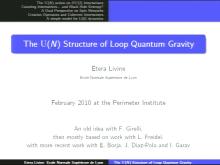