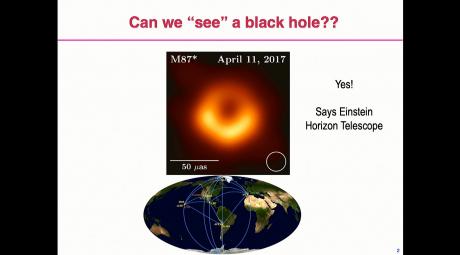 Albert Einstein predicted a century ago the existence of gravitational waves – ripples in the fabric of spacetime moving at the speed of light. It was believed that these ripples were so faint that no experiment would ever be precise enough to detect them. But in September 2015, LIGO did exactly that. The teams working with the Laser Interferometer Gravitational-wave Observatory (LIGO) detectors in Louisiana and Washington measured a loud gravitational wave signal as it traveled through the Earth after a billion-year journey from the violent merger of two black holes. 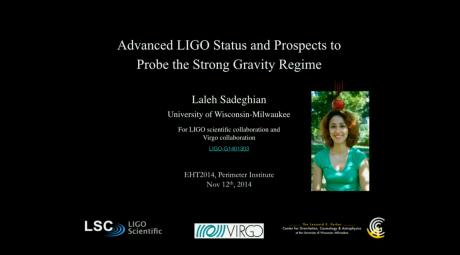 Gabriela Gonzalez Louisiana State University (LSU) - Department of Physics & Astronomy
November 12, 2014
Gravitational waves will allow scientists to test Einstein?s theory of General Relativity in the previously unexplored strong-field regime. Einstein?s theory of general relativity, as the most accepted theory of gravity, has been greatly constrained in the quasi-linear, quasi-stationary regime, where gravity is weak and velocities are small. Gravitational waves may carry information about highly dynamical and strong-field gravity that is required to generate measurable waves. 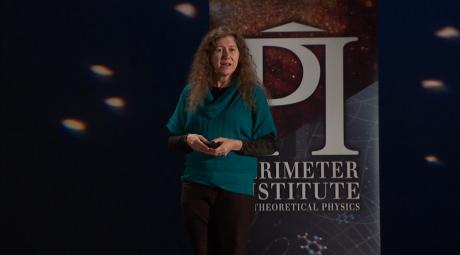 How To Catch Einstein's Wave, and See Black Holes in the Process

Gabriela Gonzalez Louisiana State University (LSU) - Department of Physics & Astronomy
February 06, 2013
Gravitational waves are "ripples of space-time" that were predicted by Einstein's theory of General Relativity almost a century ago.  The Laser Interferometer Gravitational-wave Observatory (LIGO) now pushes the frontiers of science and engineering to try and catch these waves for the first time.  This will allow us to explore the last dance of pairs of neutron stars colliding to give birth to a black hole and other astrophysical events in a way humans never have before.  Dr. 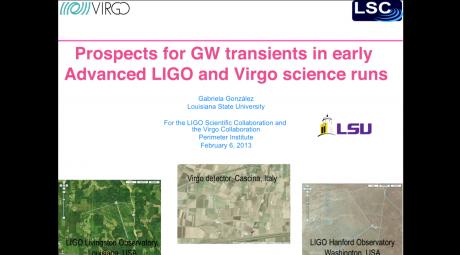 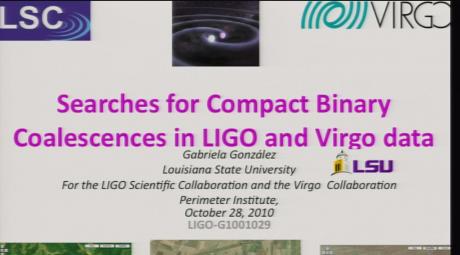 Searches for coalescence of binary systems in LIGO and Virgo data

Gabriela Gonzalez Louisiana State University (LSU) - Department of Physics & Astronomy
October 28, 2010
I will present the latest results from the searches for gravitational waves from the coalescence of binary systems of neutron stars and black holes in LIGO and Virgo data. We present results on data from the Fifth Science Run LIGO run S5 from Nov 2005 to Oct 2007, which was joint with Virgo's first Science Run VSR1 from May to Oct 2007. We also show how these methods are being applied in the current LIGO S6/ Virgo VSR2 data-taking run started in July 2009, and recently ended in October 2010.