Please submit all inquiries and correspondence to Dr. Smolin via email ([email protected]).   Born in New York City, Lee was educated at Hampshire College and Harvard University. He was formerly a professor at Yale, Syracuse and Penn State Universities and held postdoctoral positions at the Institute for Advanced Study, Princeton, the Institute for Theoretical Physics, Santa Barbara and the Enrico Fermi Institute, the University of Chicago. He has been a visiting professor at Imperial College London and has held various visiting positions at Oxford and Cambridge Universitiies and the Universities of Rome and Trento, and SISSA, in Italy. 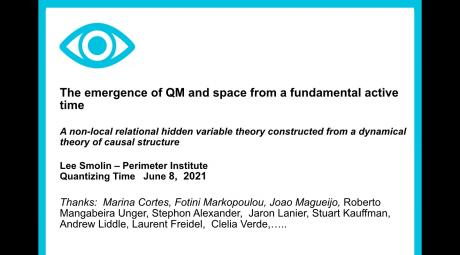 The emergence of quantum mechanics and space, from a fundamental, active time

Lee Smolin Perimeter Institute for Theoretical Physics
June 15, 2021
"We propose a realist completion of quantum mechanics, in the sense of a complete description of individual events. The proposed fundamental theory assumes that time, events, causal structure, momentum and energy are fundamental. But space and the wave function are emergent. The beables of the theory are the views of the events, which are a subset of their causal pasts. 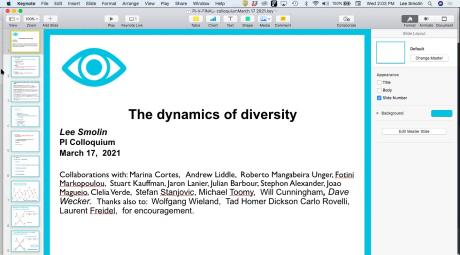 The dynamics of diversity

I describe recent progress on a program of research aimed at finding a simultaneous completion of quantum mechanics and general relativity, while also addressing the question of how the universe chose its effective laws out of a vast landscape of possible laws.    This is based on a few principles:   time in the sense of causation is fundamental, as are events, and the views  of events (their backward celestial spheres.) Further the view of every event must be distinct from that of every other.  This is enforced by a choice for potential energy that maximizes the diversity of views of event 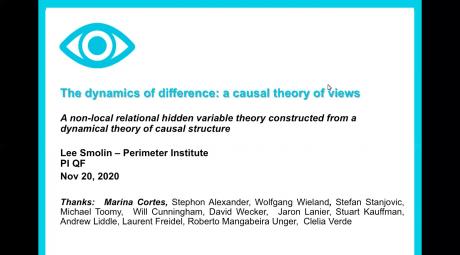 The dynamics of difference

A proposal is made for a fundamental theory,  in which the history of the universe is constituted of views of itself.  Views are attributes of events, and the theory's only be-ables; they comprise information about energy and momentum transferred to an event from its causal past. 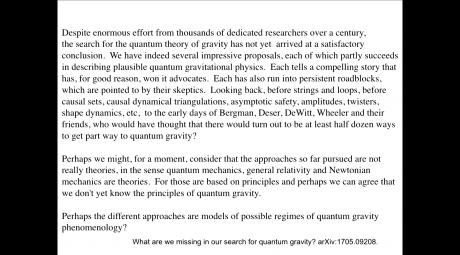 The search for quantum gravity: where are we, where do we go from here? 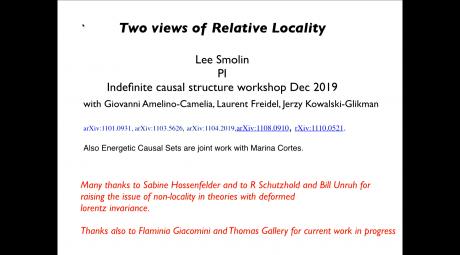 Lee Smolin Perimeter Institute for Theoretical Physics
December 11, 2019
Relative locality is a quantum gravity phenomenon in which whether an event is local or not-and the degree of non-locality-is dependent on the position and motion of the observer, as well as on the energy of the observer’s probes. It was first discovered and studied, beginning in 2010, in a limit in which h and G both go to zero, with their ratio, which is the Planck energy-squared, and c held fixed (arXiv:1101.0931, arXiv:1103.5626). 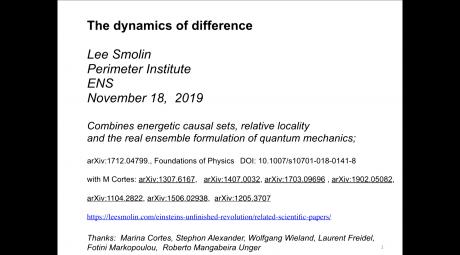 The dynamics of difference

Lee Smolin Perimeter Institute for Theoretical Physics
November 18, 2019
A proposal is made for a fundamental theory, which is hypothesized to be a completion of both quantum mechanics and general relativity, in which the history of the universe is constituted of diverse views of itself. Views are attributes of events, and the theory’s only be-ables; they comprise information about energy and momentum transferred to an event from its causal past. A dynamics is proposed for a universe constituted of views of events, which combines the energetic causal set dynamics with a potential energy based on a measure of the distinctiveness of the views, called the variety. 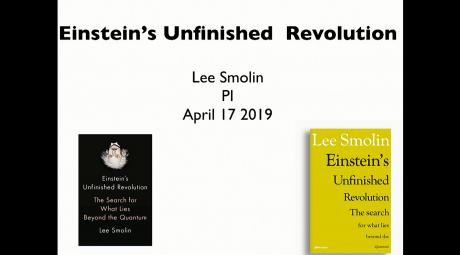 Lee Smolin Perimeter Institute for Theoretical Physics
April 17, 2019
Quantum physics is the golden child of modern science. It is the basis of our understanding of atoms, radiation, and so much else - from elementary particles and basic forces to the behaviour of materials. But for a century it has also been the problem child of science: it has been plagued by intense disagreements among its inventors, strange paradoxes, and implications that seem like the stuff of fantasy. 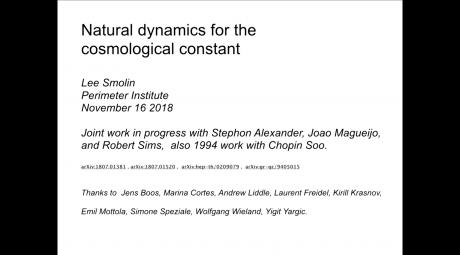 Natural dynamics of the cosmological constant 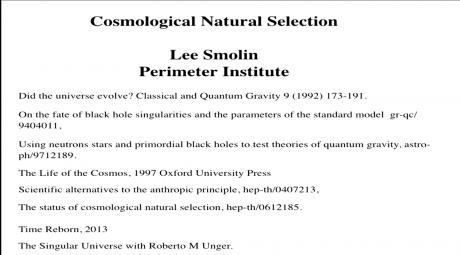 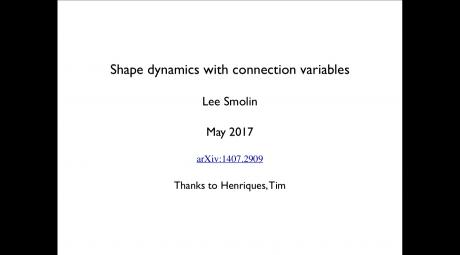