Cosmologists at Perimeter Institute seek to help pin down the constituents and history of our universe, and the rules governing its origin and evolution. Many of the most interesting clues about physics beyond the standard model (e.g., dark matter, dark energy, the matter/anti-matter asymmetry, and the spectrum of primordial density perturbations], come from cosmological observations, and cosmological observations are often the best way to test or constrain a proposed modification of the laws of nature, since such observations can probe length scales, time scales, and energy scales that are beyond the reach of terrestrial laboratories. 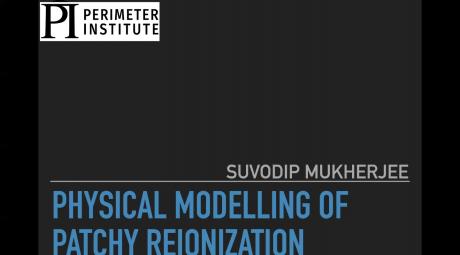 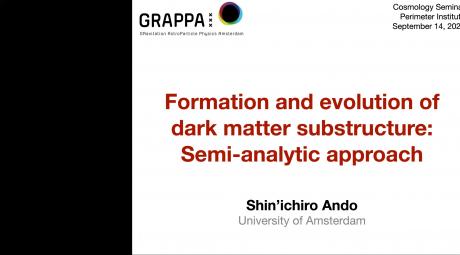 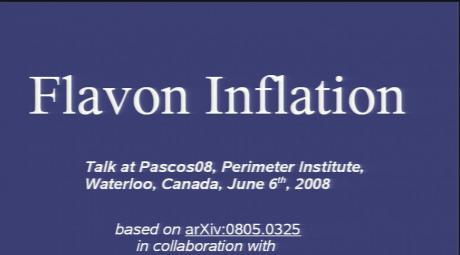 Stefan Antusch Max-Planck Gesellschaft
June 06, 2008
A new class of particle physics models of inflation is presented which is based on the phase transition associated with the spontaneous breaking of family symmetry responsible for the generation of the effective quark and lepton Yukawa couplings. We show 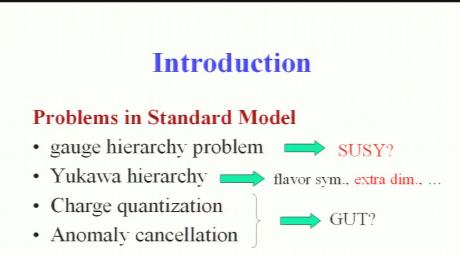 June 05, 2008
Moduli stabilization, SUSY breaking and flavor structure are discussed in 5D gauged supergravity models with two vector-multiplet moduli fields. One modulus field makes the fermion mass hierarchy while the other is relevant to the SUSY breaking mediation. We analyse the potential for the moduli from the viewpoint of the 4D effective theory to obtain the stabilized values of the moduli and their F-terms. 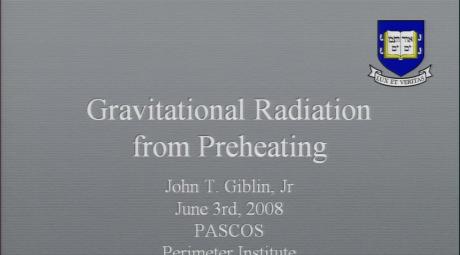 John Giblin Kenyon College
June 03, 2008
Parametric resonance, also known as preheating, is a plausible mechanism for bringing about the transition between the inflationary phase and a hot, radiation dominated universe. This epoch results in the rapid production of heavy particles far from thermal equilibrium and has the potential to source a significant stochastic background of gravitational radiation. Here, I present a numerical algorithm for computing the contemporary power spectrum of gravity waves generated in this post-inflationary phase transition for a large class of scalar-field driven inflationary models. 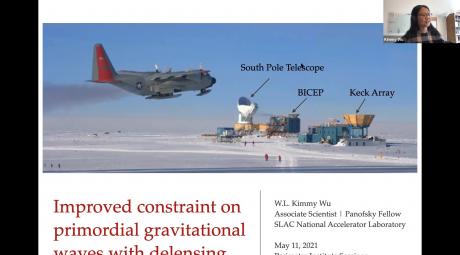 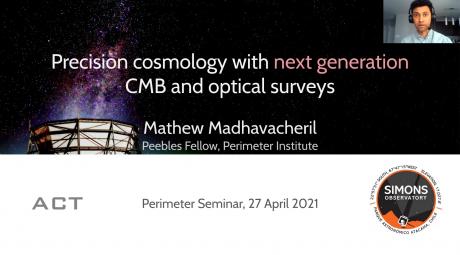 Precision cosmology with the next generation of CMB and optical surveys

Ground-based cosmic microwave background (CMB) experiments are now pushing into discovery space where new insights on inflation, dark matter, dark energy and neutrino physics will be obtained by unraveling signatures buried beneath the primordial fluctuations. I will present new results from the Atacama Cosmology Telescope (ACT) that exemplify the power of high-resolution measurements of the microwave sky, including high-fidelity maps of dark matter through gravitational lensing. 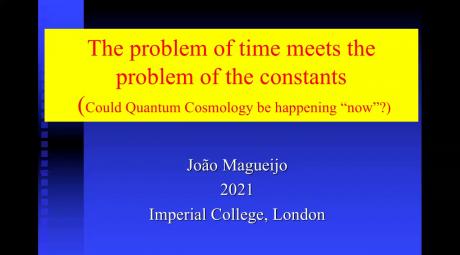 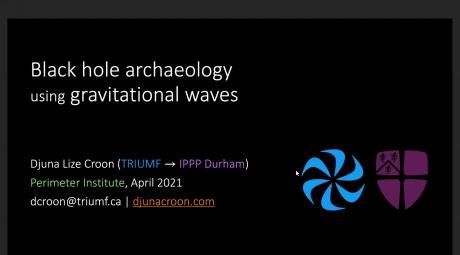 The growing gravitational wave dataset makes black hole population studies possible. In this talk I will demonstrate how such studies can be used to study particle and nuclear physics. The key insight is that a wide range of initial stellar masses leave no compact remnant, due to the physics of pair-instability; the unpopulated space in the stellar graveyard is known as the black hole mass gap (BHMG). New physics can dramatically alter the late stages of stellar evolution and shift the BHMG, when it acts as an additional source of energy (loss) or modifies the equation of state. 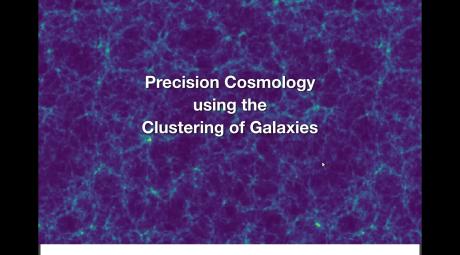 Precision Cosmology from the Clustering of Galaxies

Large surveys of the positions of galaxies in the Universe are becoming increasingly powerful to shed light on some of the unsolved problems of cosmology, including the question of what caused the early Universe to expand. The analysis of the data is challenging, however, because the signal is small, the data is difficult to model, and its probability distribution is not fully known. I will present some recent ideas to approach these challenges.