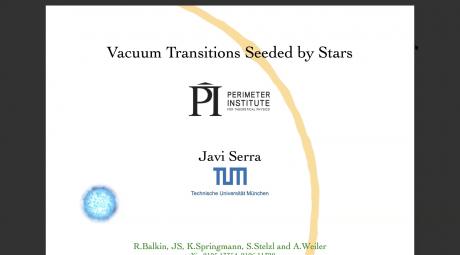 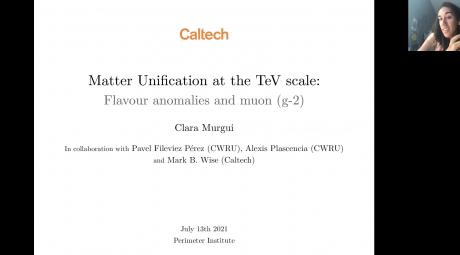 Several anomalies have been recently reported by different laboratory experiments: the flavor anomalies involving B meson semileptonic and leptonic decays by the LHCb and B-factories, as well as the anomalous muon (g-2) by the Fermilab (g-2) collaboration. These deviations, if not coming from underestimated experimental or theoretical uncertainties, are pointing to new degrees of freedom around the few TeV scale. 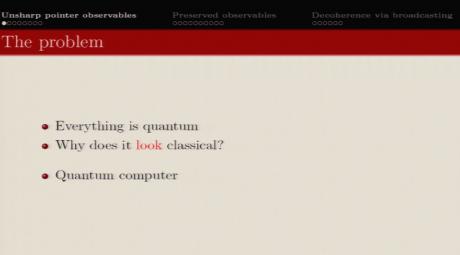 Unsharp pointer observables and the structure of decoherence

Cédric Bény Leibniz Universität Hannover
February 27, 2008
Decoherence attempts to explain the emergent classical behaviour of a quantum system interacting with its quantum environment. In order to formalize this mechanism we introduce the idea that the information preserved in an open quantum evolution (or channel) can be characterized in terms of observables of the initial system. We use this approach to show that information which is broadcast into many parts of the environment can be encoded in a single observable. This supports a model of decoherence where the pointer observable can be an arbitrary positive operator-valued measure (POVM). 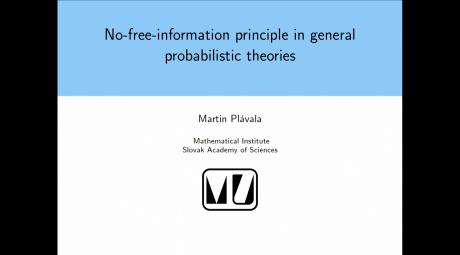 In quantum theory, the no-information-without-disturbance and no-free-information principles express that those observables that do not disturb the measurement of another observable and those that can be measured jointly with any other observable must be trivial, i.e., coin tossing observables. We show that in the framework of general probabilistic theories these principles do not hold in general. In this way, we obtain characterizations of the probabilistic theories where these principles hold and we show that the two principles are not equivalent. 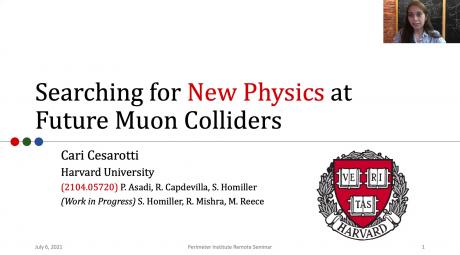 A high energy muon collider complex can provide new and complementary discovery potential to the LHC or future hadron colliders. New spin-1 bosons are a motivated class of exotic new physics models. In particular leptoquarks, dark photons, and Lμ — Lτ models have distinct production channels at hadron and lepton machines. We study a vector leptoquark model at a muon collider with √ s = 3, 14 TeV within a set of both UV and phenomenologically motivated flavor scenarios. 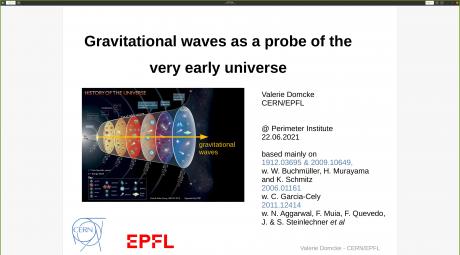 Probing the scale of grand unification with gravitational waves 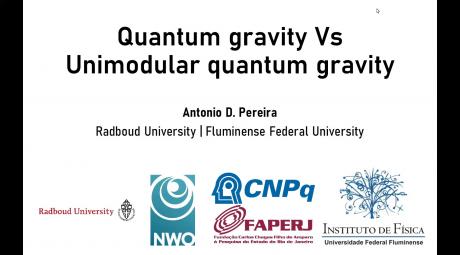 Strong gravity tests indicate that general relativity is a very accurate description of the classical dynamics of spacetime even at extreme regimes. Yet, the same dynamics can be described by "alternative" versions of general relativity such as unimodular gravity. In the quest for a quantum theory of the gravitational field, it is unclear if the quantization of such classically equivalent theories leads to the same physical predictions. In this talk, I will report on some recent results regarding this issue in the framework of continuum and perturbative quantum field theory. 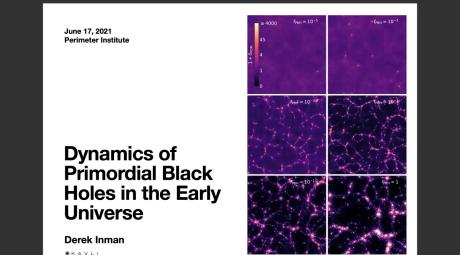 Dynamics of Primordial Black Holes in the Early Universe

If dark matter is composed at least partially of primordial black holes (PBHs) then structure formation occurs very differently than in standard particle dark matter scenarios.  PBH binaries, halos and other structures can form at very early redshifts and the resulting nonlinear dynamics can change constraints on the abundance of PBHs.  In this talk I will describe this structure formation history using results from cosmological simulations and discuss constraints on solar mass and heavier PBHs from LIGO and the CMB.  Lastly, I will discuss how the baryons may be impacted by such nonlinear 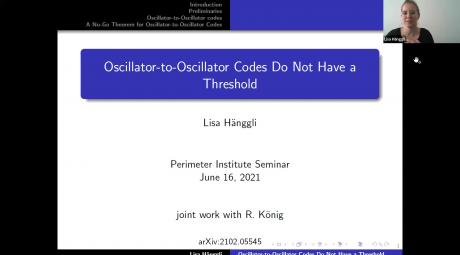 Oscillator-to-oscillator codes do not have a threshold

It is known that continuous variable quantum information cannot be protected against naturally occurring noise using Gaussian states and operations only. Noh et al. (PRL 125:080503, 2020) proposed bosonic oscillator-to-oscillator codes relying on non-Gaussian resource states as an alternative, and showed that these encodings can lead to a reduction of the effective error strength at the logical level as measured by the variance of the classical displacement noise channel. 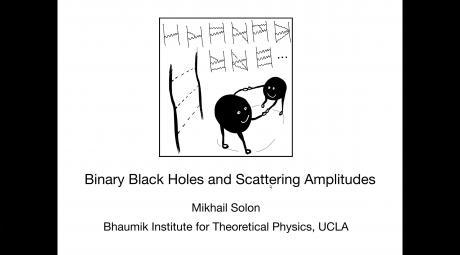