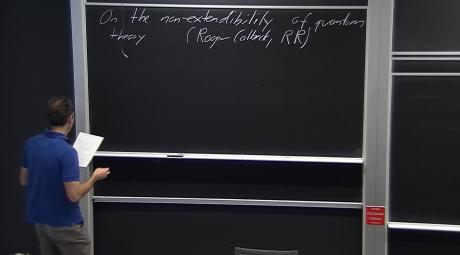 On the non-extendibility of quantum theory

May 27, 2013
I will present a recent theorem that asserts that there cannot exist an "extension of quantum theory" that allows us to make more informative predictions about future measurable events (e.g., whether a horizontally polarized photon passes a polarization filter with a given orientation) than standard quantum theory. 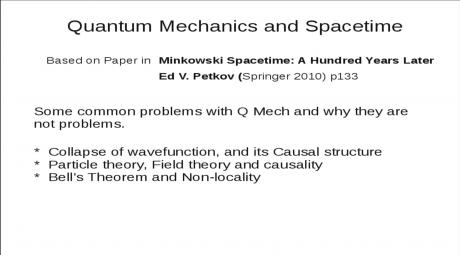 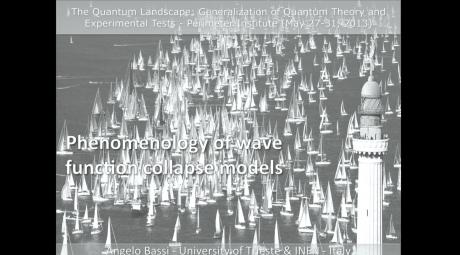 Angelo Bassi University of Trieste
May 27, 2013
Models of spontaneous wave function collapse make predictions, which are different from those of standard quantum mechanics. Indeed, these models can be considered as a rival theory, against which the standard theory can be tested, in pretty much the same way in which parametrized post-Newtonian gravitational theories are rival theories of general relativity.  The predictions of collapse models almost coincide with those of standard quantum mechanics at the microscopic level, as these models have to account for the microscopic world, as we know it. 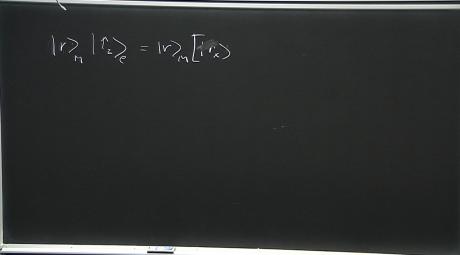 The Quantum-Mechanical Measurement Problem and the Foundations of Statistical Mechanics 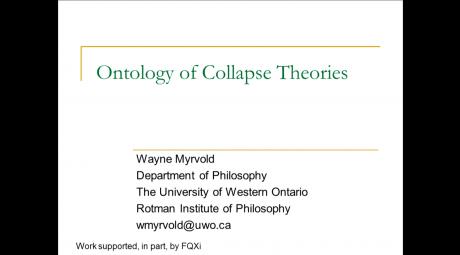 Wayne Myrvold Western University
May 28, 2013
The textbook collapse postulate says that, after a measurement, the quantum state of the system on which the measurement was performed , and becomes an eigenstate of the observable measured. 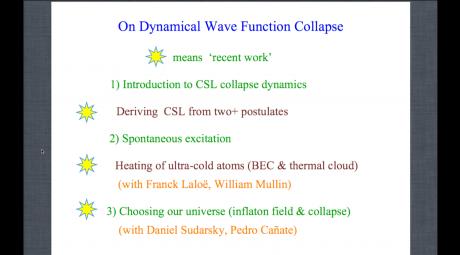 Philip Pearle University of Hamilton
May 28, 2013
I shall give an introduction to conceptual ideas and equations of the CSL (Continuous Spontaneous Localization) theory of dynamical wave function collapse.  Then, I shall discuss various applications of the theory. 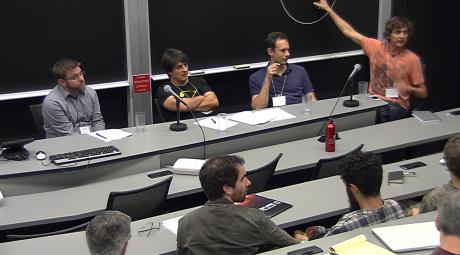 Constraints on generalizations of quantum theory 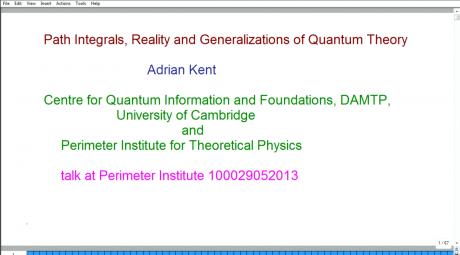 Adrian Kent University of Cambridge
May 29, 2013
I describe some tentative new ideas on modified versions of quantum theory motivated by the path integral formalism, and on other generalizations, and comment on possible experimental implications. 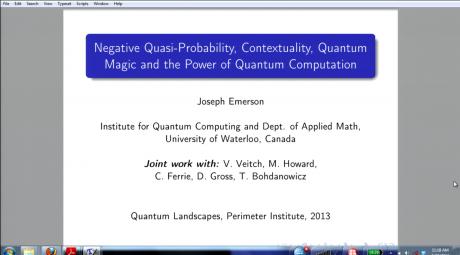 Negativity , Contextuality, Magic and the Power of Quantum Computation 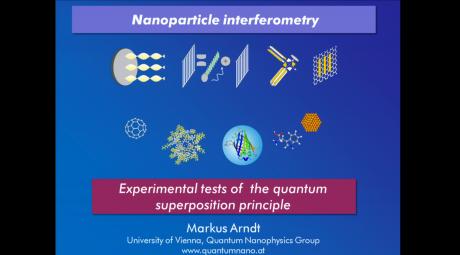