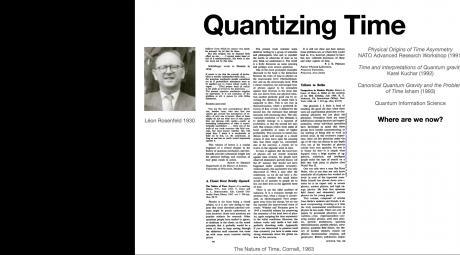 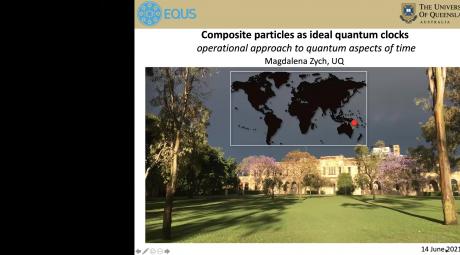 Magdalena Zych University of Queensland (UQ)
June 14, 2021
In general relativity time requires an operational description, for example, associated with the reading of an idealised clock following some world line. I will show that in quantum physics idealised clocks can be modelled as composite quantum particles and discuss what foundational insights into the notion of time is enabled by this approach. 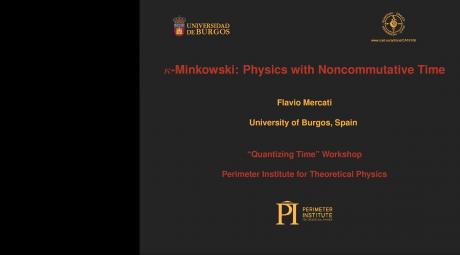 Flavio Mercati University of Naples Federico II
June 14, 2021
The kappa-Minkowski noncommutative spacetime has been studied for a long time as an example of quantum spacetime with nontrivial commutation relations between spatial and temporal coordinates which, at first sight, seem to break Poincaré invariance. However kappa-Minkowski is invariant under a Hopf-algebra deformation of the Poincaré group, which involves some noncommutative structures that prevent the sharp localization of reference frames. 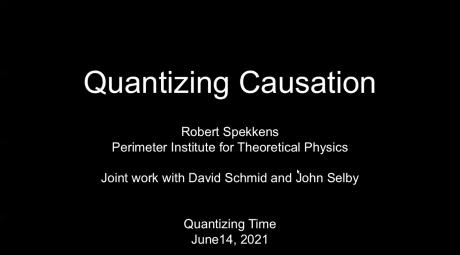 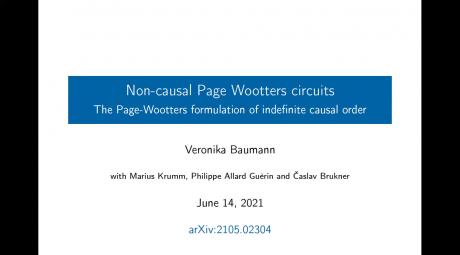 Veronika Baumann Institute for Quantum Optics and Quantum Information (IQOQI) - Vienna
June 14, 2021
"The process matrix framework was invented to capture a phenomenon known as indefinite or quantum causal structure. Due to the generality of that framework, however, for many process matrices there is no clear physical interpretation. A popular approach towards a quantum theory of gravity is the Page-Wootters formalism, which associates to time a Hilbert space structure similar to spatial position. By explicitly introducing a quantum clock, it allows to describe time-evolution of systems via correlations between this clock and said systems encoded in history states. 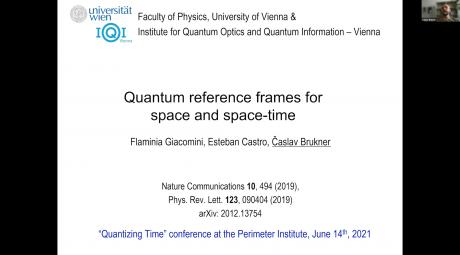 Časlav Brukner Universität Wien
June 14, 2021
In physics, a reference frame is an abstract coordinate system that specifies observations within that frame. While quantum states depend on the choice of reference frame, the form of physical laws is assumed to be covariant. Recently, it has been proposed to consider reference frames as physical systems and as such assume that they obey quantum mechanics. In my talk, I will present recent results in the field of "quantum reference frames" (QRF). 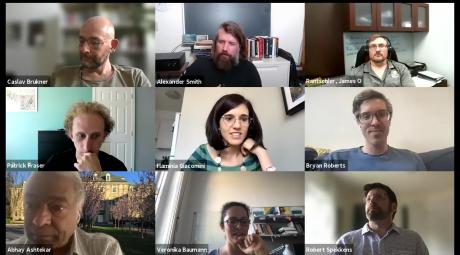 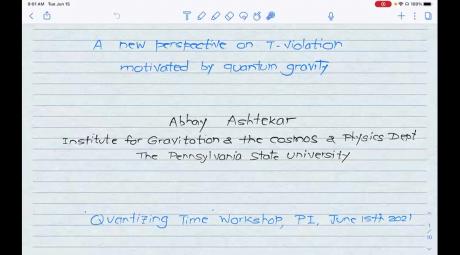 A New Perspective on Time Reversal Motivated by Quantum Gravity

Abhay Ashtekar Pennsylvania State University
June 15, 2021
Time Reversal T is usually discussed in the traditional framework of quantum mechanics in which T is represented by an anti-unitary operator. But quantum gravity may well need generalization of standard quantum mechanics which may not preserve even its linear structure, let alone the unitarity of dynamics and anti-unitarity of T. Then the currently used arguments to conclude that T violation is a fundamental aspect of Nature will break down. 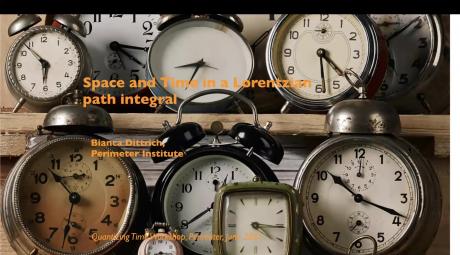 Space and Time in a Lorentzian path integral 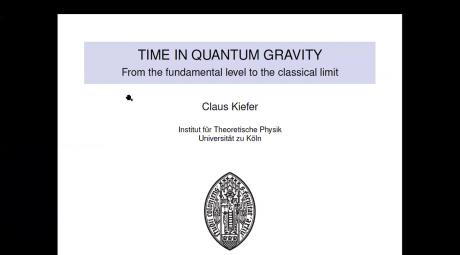 Claus Kiefer Universität zu Köln
June 15, 2021
Time cannot be both absolute (as in quantum mechanics) and dynamical (as in general relativity). I present general arguments for the absence of time at the most fundamental level of quantum gravity. I discuss possible concepts that could replace it and present the recovery of standard time as an approximate concept. My discussion is restricted to quantum geometrodynamics, but I argue for the validity of my conclusions beyond that scheme.