Collection Number S004
Collection Type Series
This series consists of talks in the area of Cosmology and Gravitation. 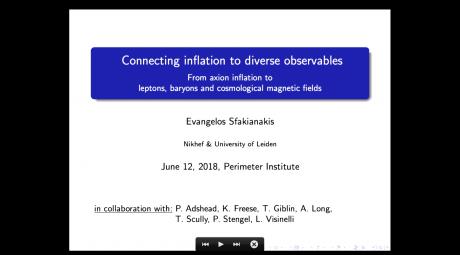 Axions are attractive candidates for theories of large-field inflation that are capable of generating observable primordial gravitational wave backgrounds. These fields enjoy shift-symmetries that protect their role as inflatons from being spoiled by coupling to unknown UV physics. This symmetry also restricts the couplings of these axion fields to other matter fields. At lowest order, the only allowed interactions are derivative couplings to gauge fields and fermions. 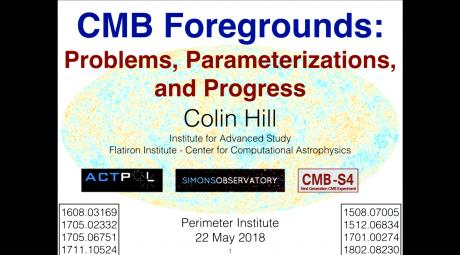 The next frontiers in cosmic microwave background (CMB) science include a detailed mapping of the CMB polarization anisotropy, with goals of detecting the inflationary B-mode signal and reconstructing high-fidelity maps of the matter distribution via CMB lensing, as well as a first detection of CMB spectral distortions.  At this level of precision (~nK), Galactic and extragalactic foregrounds may be the ultimate limiting factor in deriving cosmological constraints.  I will discuss biases due to foregrounds in CMB lensing measurements, including the first calculation of the lensing bias due 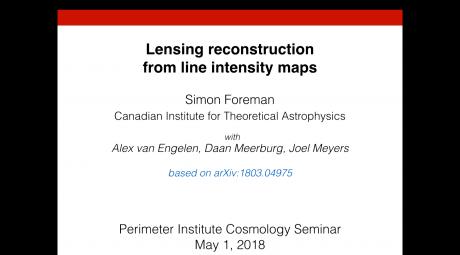 Gravitational lensing of the cosmic microwave background has emerged as a powerful cosmological probe, made possible by the development and characterization of nearly-optimal estimators for extracting the lensing signal from temperature and polarization maps. One can ask whether similar tools can be applied to upcoming "intensity maps" of emission lines at other wavelengths (e.g. 21cm). In this talk, I will present recent work in this direction, focusing in particular on the impact of gravitational nonlinearities on standard quadratic lensing estimators. 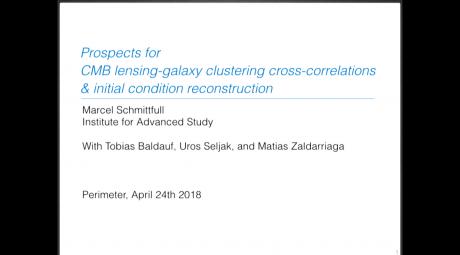 The lensing convergence measurable with future CMB experiments will be highly correlated with the clustering of galaxies that will be observed by imaging surveys such as LSST. I will discuss prospects for using that cross-correlation signal to constrain local primordial non-Gaussianity, the amplitude of matter fluctuations as a function of redshift, halo bias, and possibly the sum of neutrino masses. A key limitation for such analyses and large-scale structure analyses in general is that the mapping from initial conditions to observables is nonlinear for wavenumbers k>0.1h/Mpc. 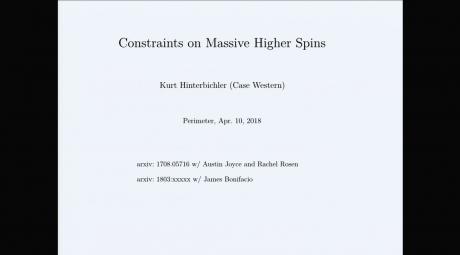 There seem to be no good examples of UV complete theories that have low-lying massive higher spin states isolated by a large gap, despite the relative ease of constructing effective field theories describing such states.  We discuss constraints from analytic dispersion relations and subluminality of eikonal scattering that may help to explain this and provide insight into the possible interactions of massive higher spins. 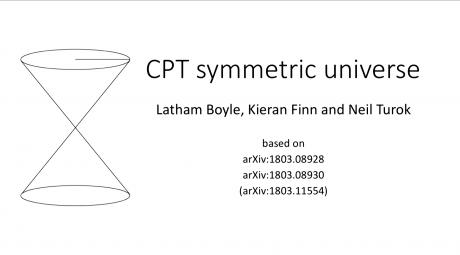 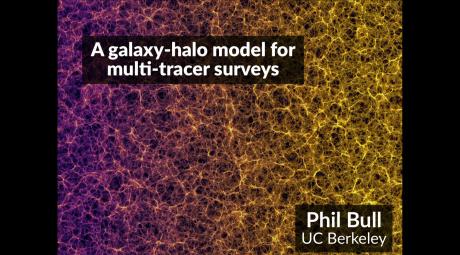 Cosmic variance puts hard limits on what we can learn about fundamental physical processes on the largest cosmological scales. A neat trick allows this limit to be circumvented in some cases though, by cross-correlating multiple tracers of the cosmic matter distribution. After giving a few examples of where the multi-tracer technique can be useful, I will outline a new analytic statistical model to describe how the galaxies seen in different surveys (and at different wavelengths) jointly populate the dark matter halo distribution. 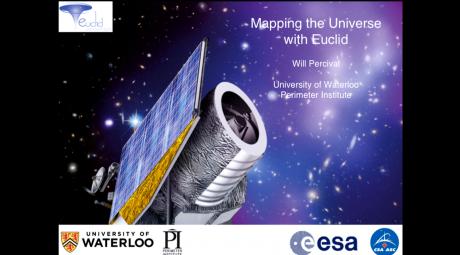 Mapping the Universe with Euclid

Will Percival University of Waterloo
March 06, 2018

In 2020 the European Space Agency (ESA) will launch the Euclid satellite mission. Euclid is an ESA medium class astronomy and astrophysics space mission, and will undertake a galaxy redshift survey over the redshift range 0.9 < z < 1.8, while simultaneously performing an imaging survey in both visible and near infrared bands. The complete survey will provide hundreds of thousands images and several tens of Petabytes of data. 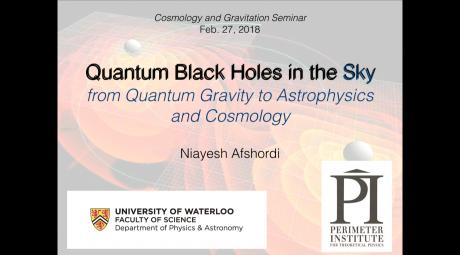 Quantum Black Holes in the Sky: from Quantum Gravity to Astrophysics and Cosmology

In classical General Relativity (GR), an observer falling into an astrophysical black hole (BH) is not expected to experience anything dramatic as she crosses the event horizon. However, tentative resolutions to problems in quantum gravity, such as the cosmological constant problem or the black hole information paradox, invoke significant departures from classicality in the vicinity of the horizon. I outline theoretical and phenomenological arguments for these departures. 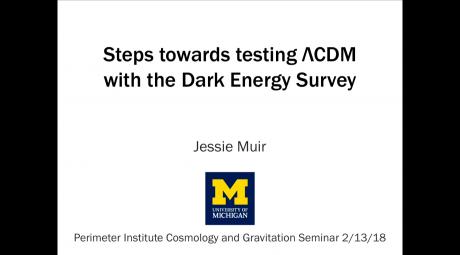 Steps towards testing ΛCDM with the Dark Energy Survey

Large scale structure surveys are one of our primary tools for answering open questions in cosmology like: What is the physics behind dark energy? Is gravity well described by general relativity on cosmological scales, or does that description need to be extended? In order to take full advantage of the information contained in survey data, however, we must ensure that we understand our data’s sensitivity to new physics and that our analyses are not biased by systematics. In my talk I’ll describe work I have been doing in this aim for the Dark Energy Survey (DES).