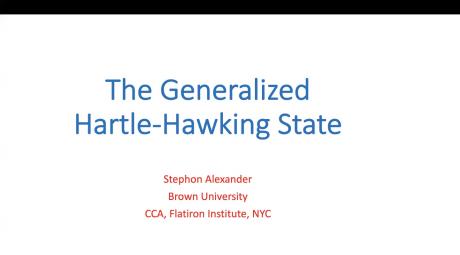 The Hartle-Hawking-Vilenkin state is defined on mini-superspace and is semiclassically related to inflationary theory.  However, the state suffers a few problems connected to the path integral of Euclidean or the Lorentzian measure of metrics.  In this talk, we will explore a way around these issues by working in the (Ashtekar) connection representation, a real Kodama-Chern-Simons state.  We find a generalized "Fourier Transform" that related the Chern-Simons-Kodama state to the Hartle-Hawking state beyond mini-superspace.  We end with some discussion and open ended questions for cosmology 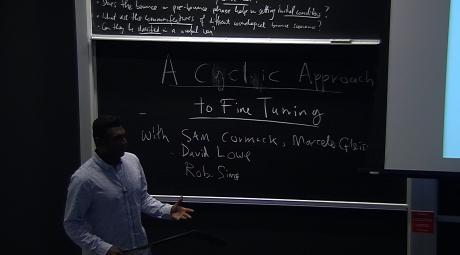 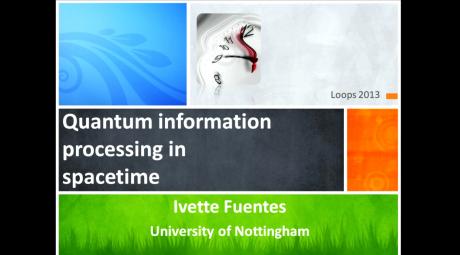 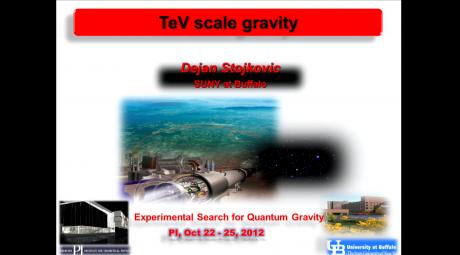 Quantum Gravity and the Weak Interactions 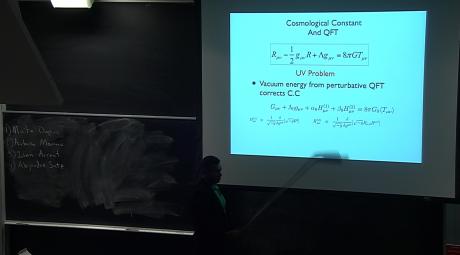 October 23, 2012
Dark Matter and Dark Energy as a Possible Manifestation of a Fundamental Scale
If we take the idea of the Planck length as a fundamental (minimum) scale and if additionally we impose the Cosmological Constant ($Lambda$) as and infrared (IR) cut-off parameter. Then it is possible to demonstrate that Dark Matter effects can emerge as a consequence of an IR-UV mix effect. This opens the possibility of unifying the Dark Energy and Dark matter effects in a single approach. 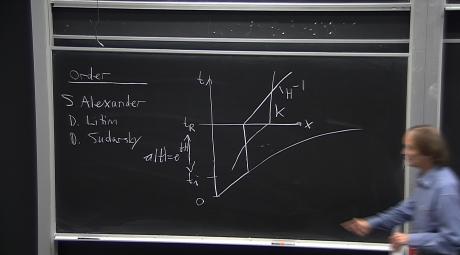 Quantum Gravity Effects in the (Early and Late) Universe

October 23, 2012
Quantum Gravity at the origin of seeds of cosmic structure?

Stephon Alexander Brown University
May 15, 2012
In this talk I provide a model where the late time acceleration of the universe emerges from a BCS-like condensation of sterile neutrinos. This scenario can be naturally accommodated by general relativity covariantly coupled to sterile neutrinos, where the neutrinos act like an "aether" field.  We show that when active neutrinos couple to the neutrino condensate, they oscillate at a rate proportional to the dark energy density.  As a result, the oscillation of neutrinos and dark energy are tied in with the same mechanism. 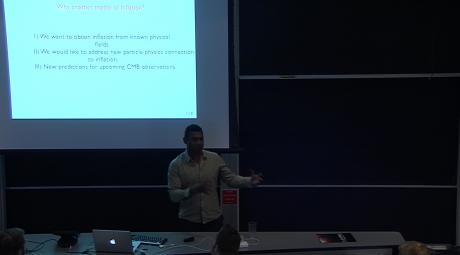 Stephon Alexander Brown University
May 11, 2012
We present a new model of inflation which does not rely on fundamental scalar fields.  The theory is a conformally invariant gauge field theory minimally coupled to massless fermions.  At the beginning of inflation, the conformal symmetry is dynamically broken by a BCS condensation of the fermions, leading to a spontaneously violation of conformal symmetry.  A quasi de-Sitter inflationary regime is driven by the interaction between a homogenous plasma dynamo between the gauge, gravitational and condensate field.  Unique observational consequences of this model are twofold : (1) The sourcing of 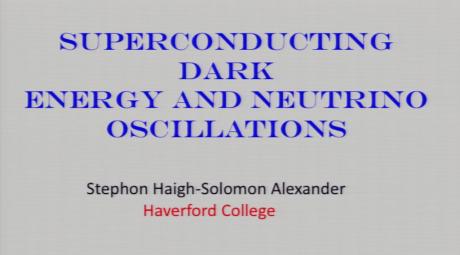 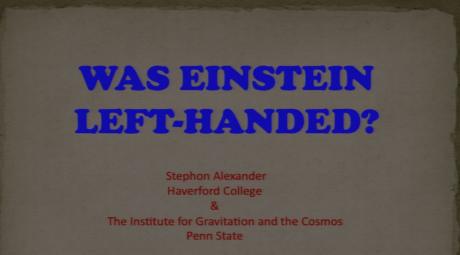 Stephon Alexander Brown University
November 25, 2009
Of all four forces only the weak interaction has experimentally exhibited parity violation. At the same time observations suggest that general relativity may require modification to account for dark matter and dark energy. Could it be that this modification involves gravitational parity violation? Many of the dominant approaches to quantum gravity, such as string theory and loop quantum gravity, point to an effective parity violating extension to general relativity known as Chern-Simons General Relativity (CSGR).