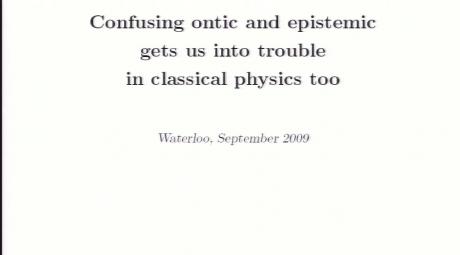 Confusing Ontic and Epistemic Causes Trouble in Classical Physics Too

N. David Mermin Cornell University
September 27, 2009
The subject of this conference is the Quantum State --- what the hell it is. A central issue is whether quantum states describe reality (the ontic view) or an agent's knowledge of reality (the epistemic view). Advocates of the epistemic view maintain that many quantum puzzles and conundra are artifacts of an inappropriate reification of strictly epistemic concepts. To provide a broader context for such considerations, I argue that even in classical physics we have got into major trouble by inappropriately conferring physical reality on the abstractions we have used to organize what we know. 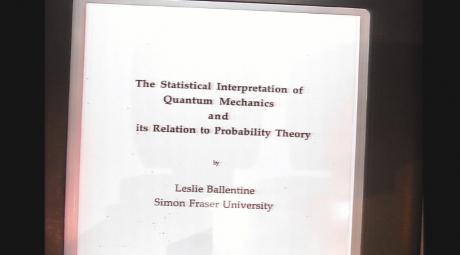 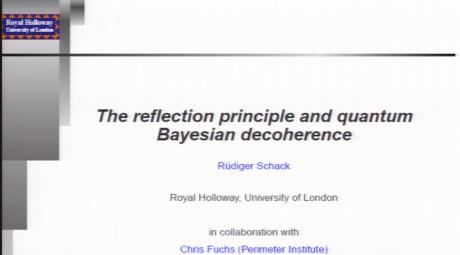 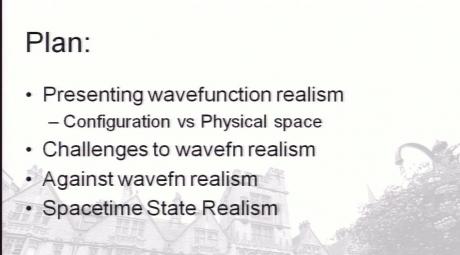 Ontology of the quantum state: wavefunction vs. spacetime state realism 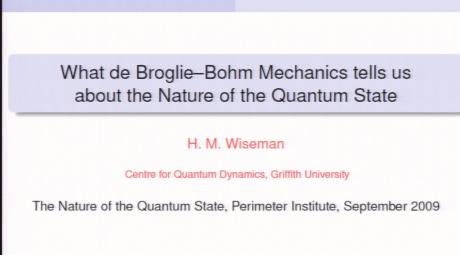 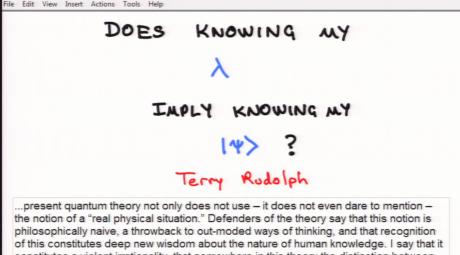 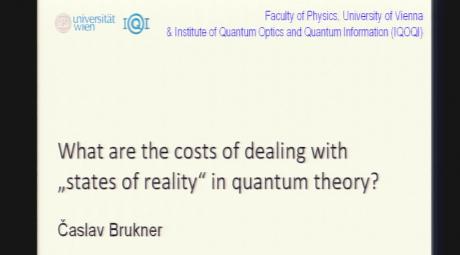 What are the costs of dealing with "states of reality" in quantum theory?

Časlav Brukner Universität Wien
September 28, 2009
Bell and experimental tests of his inequality showed that it is impossible to explain all of the predictions of quantum mechanics using a theory which satisfies the basic concepts of locality and realism, but which (if not both) is violated is still an open question. As it seems impossible to resolve this question experimentally, one can ask how plausible realism -- the idea that external properties of systems exist prior to and independent of observations -- is, by considering the amount of resources consumed by itself and its non-local features. 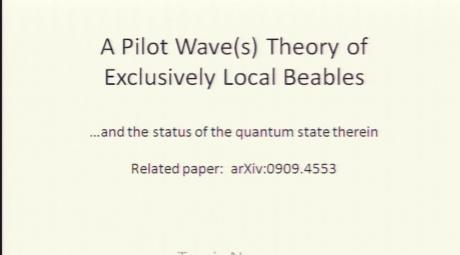 Travis Norsen Marlboro College
September 28, 2009
After reframing the question of the status of the quantum state in terms of J.S. Bell's "beables", I will sketch out a new theory which -- though nonlocal in the sense required by Bell's theorem -- posits exclusively local beables. This is a theory, in particular, in which the quantum mechanical wave function plays no role whatsoever -- i.e., a theory according to which nothing corresponding to the wave function actually exists. It provides, therefore, a concrete example of how the wave function might be regarded as (at best) "epistemic". 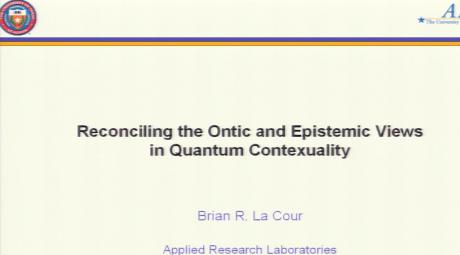 Reconciling the ontic and epistemic views in quantum contextuality

Brian La Cour University of Texas - Austin
September 28, 2009
The classic debate between Einstein and Bohr over a realistic interpretation of quantum mechanics can be cast in terms of the measurement problem: Is there an underlying ontic state prior to measurement which maps deterministically to the measured outcome? According to the Kochen-Specker theorem, such a view is patently inconsistent with quantum theory, leading to the paradox of quantum contextuality. 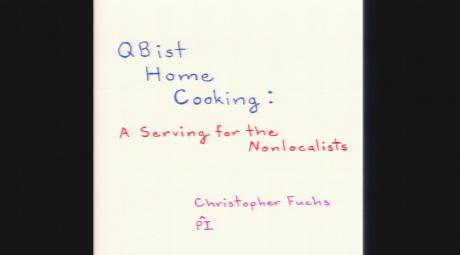