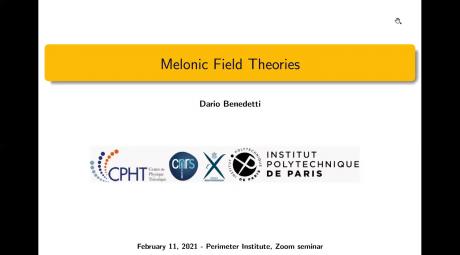 The melonic limit of a field theory is a large-N limit in which melonic diagrams dominate, thus differing significantly from the cactus and planar limits of vector and matrix models. It was first discovered in tensor models in zero dimensions, viewed as an approach to quantum gravity, and later in the SYK model. More recently, it has found applications in quantum field theory on a fixed (flat) background as an analytic tool for the study of new fixed points of the renormalization group, i.e. new conformal field theories. 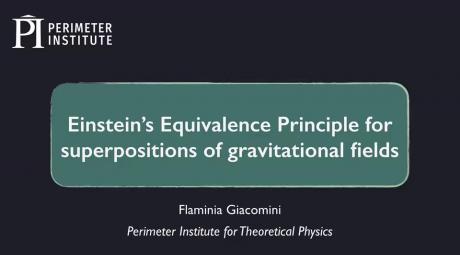 The Principle of Equivalence, stating that all laws of physics take their special-relativistic form in any local inertial frame, lies at the core of General Relativity. Because of its fundamental status, this principle could be a very powerful guide in formulating physical laws at regimes where both gravitational and quantum effects are relevant. However, its formulation implicitly presupposes that reference frames are abstracted from classical systems (rods and clocks) and that the spacetime background is well defined. 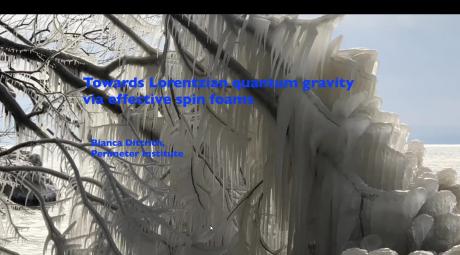 Euclidean quantum gravity approaches have a long history but suffer from a number of severe issues.  This gives a strong motivation to develop Lorentzian approaches. Spin foams constitute an important such approach, which incorporate a rigorously derived discrete area spectrum.  I will explain how this discrete area spectrum is connected to the appearance of an anomaly, which explains the significance of the Barbero-Immirzi parameter and forces an extension of the quantum configuration space, to also include torsion degrees of freedom. 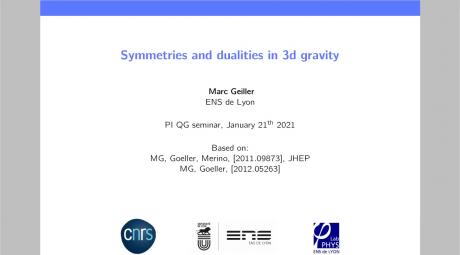 A new look at symmetries of 3d gravity

I will review the analysis of boundary symmetries in first order 3d gravity, and explain how the study of the boundary current algebra and the Sugawara construction actually leads to two dual notions of diffeomorphism charges. This provides a new understanding of the relationship between the second order and first order formulations, and of the existence of finite distance asymptotic symmetries (as strange as this sounds) in topological theories. 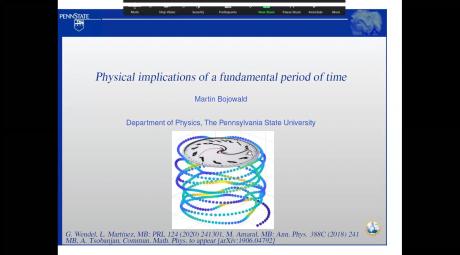 Physical implications of a fundamental period of time

If time is described by a fundamental process rather than a coordinate, it 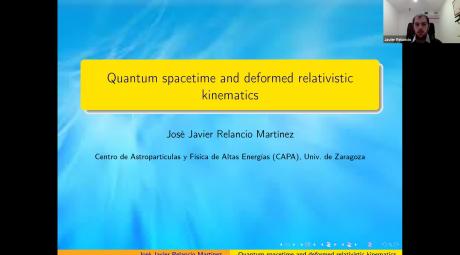 In this seminar, I will consider a deformed kinematics that goes beyond special relativity as a way to account for possible low-energy effects of a quantum gravity theory that could lead to some experimental evidences. This can be done while keeping a relativity principle, an approach which is usually known as doubly (or deformed) special relativity. In this context, I will give a simple geometric interpretation of the deformed kinematics and explain how it can be related to a metric in maximally symmetric curved momentum space. 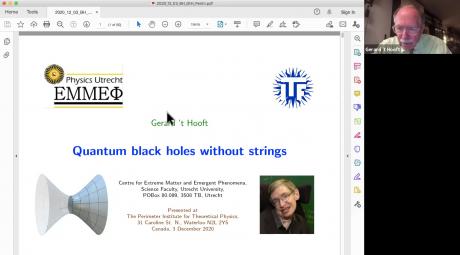 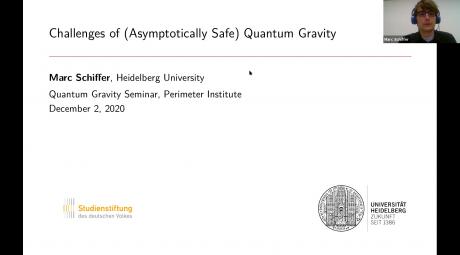 I will discuss challenges of quantum gravity, highlighting conceptual, methodological as well as phenomenological aspects. Focusing on asymptotically safe quantum gravity, I will review recent progress in addressing key theoretical challenges using continuum and lattice methods. Furthermore, I will explain how the high predictive power of the asymptotically safe fixed point for quantum gravity and matter might allow us to explain fundamental properties of our universe, for example its dimensionality. 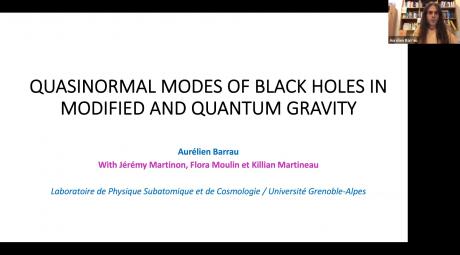 Quasinormal modes of black holes in modified and quantum gravity

I will show that quasinormal modes of black holes could be used to investigate quantum gravity or modified gravity in specific situations. Some general comments about isospectrality will also be made. Finally a few other quantum gravity phenomena associated with black holes will be underlined. 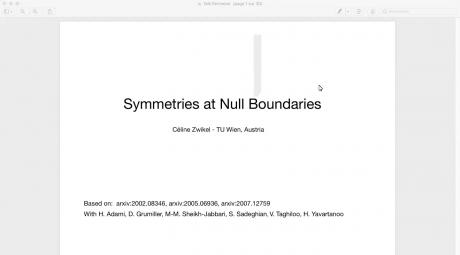 I will present and motivate a program establishing, in full generality, the symmetries and charge analysis for gravitational theories near a generic null hypersurface without specifying any boundary condition.  I will illustrate the first steps of this program on three dimensional Einstein gravity. In this case, there are three charges which are generic functions over the codimension one null surface. The integrability of the charges and the charge algebra depend on the state-dependence of symmetry generators which is a priori not specified.